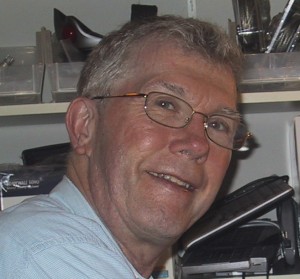 My real life name is John Reynolds.  I live in the wonderful community of Frederick, Md, which is about thirty miles north of Washington, DC. I am officially “retired”, but now have time for community service, travel, photography,  family, and development of a great new software app that creates Google Earth presentations from travel photos and GPS tracks.  I started my career  as a solid state physicist working on development of semiconductors and solar cells. Later I worked as a software developer.  My most important achievement was work at COMSAT Laboratories where some of the world’s best scientists and engineers helped invent the global communication infrastructure that now supports global commerce  and the Internet.

My mother, Mary Claire Greene, married my father, Edward Harvey Reynolds in North Adams, Mass. in 1938.  My father started teaching in country school in Clarksburg, Mass.
(map …) where he and my mother had grown up.  Clarksburg is in western Massachusetts at the northern end of the Hoosac Valley (not to be confused with the Hoosic Valley).  I like to say it is about as far geographically, economically, and culturally as far as you can get from Boston. It is next to the Vermont border and resembles a Vermont hill town. Many of the men, including my grandfather, worked in the larger town of North Adams.

My father was a teacher in Clarksburg then they moved to Orange, Mass. where he became the Principal of an elementary school and my mother took on the conventional, for the time, role of stay-at-home wife.

I was born in May 1941.  A few months later my father was tragically taken from us and my mother moved back to my grandparents’ home on a small farm in Clarksburg. My mother, now a single mom, get a job as Office Manager at the Hoosac Valley Lime company, which made chemicals and fertilizer.  This kept her away during the day so my grandmother did most of the day-to-day child rearing.  Until the fifth grade, I attended the two-room Houghtonville school.  Because this was the era before school buses,  schools had to be within walking distance.  Two rooms were enough to accommodate all the children in our neighborhood. Our room contained grades one through four.  The teacher would teach a grade, hand out workbook assignments, than go on to another.  I spent a lot of time listening to the lessons taught to higher grades. Fortunately, by the time I started fifth grade, Clarksburg had built the consolidated Clarksburg Elementary School which allowed one grade per room, and started busing.  I finished the seventh and eight grade at Briggsville Elementary  School.

Most of the kids in my neighborhood knew they would not go on to college. But, thanks to my grandmother, I always knew I would.  She was forced to go to work in a cotton mill when she was fourteen.  This inspired her to make sure that her children and grandchildren had a better start in life.  She was one of the smartest people I have met and she managed to pass on the love of education and knowledge to me.

My interest in Science and Engineering started early and was encouraged by my mother and grandparents.  I received the biggest and best Erector Set available and proceeded to build many projects including the replica of great parachute jump ride which stood taller than I was.  I loved my Gilbert Microscope set.  In the winter, I would take it outside and examine the fascinating shape of snowflakes.   Of course, I also had a chemistry set.  I moved on a bit beyond the limitations of the chemistry set and began buying my own chemicals.  I was particularly interested in making gunpowder and solid rocket fuel, which I used in my home-made rockets.  My rockets were made from 3/8 in. aluminum tubes with cardboard nose cones and fins.  My igniter was a strip of nichcrome wire from an old toaster attached to a very long extension cord.  When I plugged in the cord, the wire evaporated and set off the solid fuel.  My first launches were successful, but there was a guidance failure on the final launch and the rocket went in the wrong direction landing in our neighbors back yard.

All this was accomplished with the support, or,  in the case of some of my riskier projects, knowing benign neglect, of my mother and my grandmother.  Growing up  in Clarksburg gave me a sense of great freedom and independence.  As a young child I traveled with the pack of other children in the neighborhood.   I was sent home from wherever I was at dinner time.  As I got older, we could roam anywhere within a five or ten-mile radius on our bikes. I was free to walk anywhere in the nearby woods and hillsides. I remember feeling sorry for the kids in North Adams who had only a school playground to play in while I had great big trees to climb.

My high school years were quiet and uneventful.  I went to Drury High School in North Adams, which took students from Clarksburg and other small towns in the area.  Drury has more tradition than most colleges.  It had started as a private school, Drury Academy, and was later turned into a public school.  There was, for example, a wonderful annual ceremony dating back to WWI honoring veterans and those who never came back.  Girls dressed in white would lay flowers in a grove of trees at the side of the school building.  In addition to the school newspaper, there was a school magazine, “The Academe”.  I found an article that my mother had contributed written in French.  I wrote a few articles.  One was called “I Like Spinach”. I guess I was rebelling against typical teenage rebellion. I wrote another article, based, I think, on an article in “Popular Science”, predicting that thermonuclear electric power would become available “in the lifetime of people alive today”.   I’m afraid that prediction will miss the mark, but I still feel optimistic about the future.

I graduated from Drury in 1958, which meant that I had hit college at a technological sweet spot.  The Russians launched Sputnik in 1957 and meanwhile Vanguard wound up in the drink.  The country was worried that we were falling behind the Russians in science and education and the government started funding research big time.  I was fortunate to be accepted at the Worcester Polytechnic Institute with some scholarship help.   WPI benefited  in many ways including some nice toys for physicists including a Van der Graaff accelerator and a research nuclear reactor.  I had come to WPI expecting to get an engineering degree, but switched to physics for a couple of reasons.  First, “they” said it was hard, which challenged my competitive juices.  The second, strangely enough, was an extra credit question on my first Physics final exam: “Weigh the sun”.  The solution is not that hard, but the concept that a seventeen year old student sitting in a classroom can weigh the sun gave me a sense of excitement and power that has never gone away.

I went on to graduate studies in the Physics Department at Purdue University with a graduate assistantship. I specialized in Solid State Physics and earned a Master’s Degree.

I consider myself very fortunate that, having started with Sputnik, I continued riding the waves of the most rapid and significant technological advances since the Industrial Revolution. Our era is characterized by the economic benefits of the computer chip, computer software that exploits its capabilities, and the global economy, which is enabled by global communication and the Internet. I am extremely fortunate to have been there at the beginning of each of these technologies.

The Sprague Electric Research Center in North Adams, Mass is an example of the entrepreneurial spirit that  thrived in the post war era.  It was founded by R.C. Sprague Sr. and managed by his son, John Sprague.  R.C. had built a business making capacitors, filters, and other electronic components and founded the Research Center to  keep abreast of new technology.

I started working there as a summer student while I was at Purdue and continued there until 1968.  I had the real privilege to work on technology that led to the integrated circuit.  I was mentored by Kurt Lehovec and Joseph Lindmeyer.  Both are immigrants from Central Europe whose personal stories are instructive and fascinating. They and others at Sprague made many technical advances which helped Sprague compete for a while in the integrated circuit market.  Sprague eventually lost to huge chip makers like Intel, but still plays an important role in the history of chip technology.

In the meantime The Communication Satellite Corporation (COMSAT) was planning and staffing COMSAT Laboratories. Joseph Lindmeyer moved to COMSAT as manager in the Physics Laboratory and I  joined him at COMSAT as a staff member. COMSAT’s mission was to create a global communication network based on satellites.  At that time, satellites were the only technology capable of providing broadband communication between continents.  Our first assignment was to power the satellites using efficient solar cells that could survive in the harsh environment of space. We applied the technology we had used to make integrated circuits and added improvements that decreased the size and weight of satellite solar panels.  Later, I worked on other solid state devices. As did most of the staff at COMSAT Laboratories, which had become the world center of communication satellite technology, I contributed to the scientific literature and patented technology.

As technology matured and COMSAT completed most of its original mission, the climate shifted away from research.  I made a career change becoming a software engineer while continuing to work at COMSAT. I attended evening courses  at The Johns Hopkins University Whiting School of Engineering where I received a masters in Software Engineering.  During that time, I worked on several software projects.  Looking back, the most meaningful and symbolic was one that helped distribute programs for the Voice of America.

Meantime, I met my wife who also worked at COMSAT and we now enjoy having wonderful children and grandchildren.

I eventually left COMSAT and continued to work in my newly chosen field until I retired.

I “retired” as a paid software engineer, but continue to work at home on a number of software projects.  My wife and travel a lot and I enjoy travel photography.  At home, I enjoy a number of volunteer activities including work at the Humane Society, helping out at New Market Elementary School as a class photographer and general helper, Volunteer at the Weinberg Center for the Performing Arts,  working with Destination Imagination,  and work in the Frederick County Archives & Research Center at the Historical Society of Frederick County.  I enjoy taking Institute for Learning in Retirement courses at Frederick Community College.  I am also pleasantly involved in the lives of our children and grandchildren.

My main software project is an application that creates Google Earth presentations from travel photos and GPS tracks.  I hope to discuss this in future blog posts.